Yukisada (雪定) is a humanoid snowy owl, a close friend of Shirogane, as well as his housemate. He is a supporting character in Ice Scream.

Yukisada has short, fluffy white hair, an ahoge resembling a feather, and small, brown spots on the crown of his head. He has black irises and yellow sclera. He wears traditional Japanese clothing consisting of: a brown scarf, a light brown hakamashita with a dark brown hakama, a white, feathery haori, white tabi socks, and black geta.

Yukisada is kindhearted, friendly, generous, and considerate in nature, being one of the handful of people willing to defend Shirogane when others belittle him, and even allowing the wolf to stay at his house. He is against the idea of disrespecting and insulting others, and will reprimand someone should he see them hurt another's feelings. He tends to look on the positive side of things, and dislikes having negative thoughts about someone.

Yukisada is allegedly a doctor in Iceberg Isle, and helps care for its citizens.

Shirogane is Yukisada's housemate and close friend. He familiarly calls him "Shiro", and defends him from whatever scorn he receives. Yukisada is often consoling and giving comfort to Shirogane in his persistent feelings of sadness and worthlessness.

Rocma is Yukisada's neighbor. Yukisada has been seen trying to reinforce a positive outlook to Shirogane regarding Rocma. However, she has stated how she wishes to rip him and Shirogane to shreds whenever she looks at them.

Rock is Yukisada's neighbor. Yukisada expresses disapproval of Rock's attitude toward Shirogane, and even approaches the penguin himself to confront him of the matter.

Idate is an enemy of Yukisada. In official artworks, Yukisada has been shown tortured and eaten alive by Idate.

Suno is Yukisada's neighbor. Yukisada showed disapproval of Suno when he insulted and mocked Shirogane. 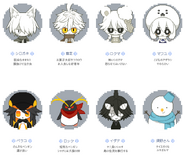 Yukisada speaking with Rock in Ice Watching Round 2.

Yukisada with Sunosan in Ice Watching Round 3.
Add a photo to this gallery

Screenshot Preview
Add a photo to this gallery 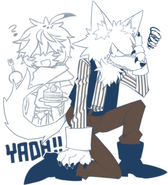 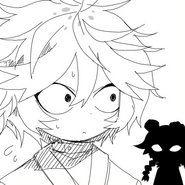 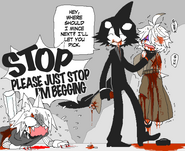 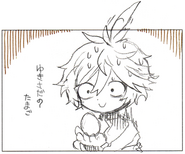 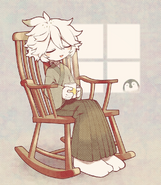 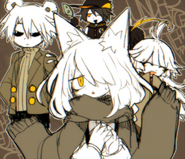 Genderbend version of the Ice Scream cast.
Add a photo to this gallery

Retrieved from "https://okegom.fandom.com/wiki/Yukisada?oldid=55675"
Community content is available under CC-BY-SA unless otherwise noted.