Tsubaki Utareduyoi (討垂強井 椿) is a character that has yet to formally appear in anything. She is a human school girl.

Tsubaki has long salmon hair placed into two neat pigtails, which are held together in two bird-like hairclips. She wears a white long-sleeved seifuku and knee-length white socks. Her shoes resemble a Japanese elementary school participant's.

In her official artwork Tsubaki has dark orange eyes although her right eye is bandaged, as well as her left arm is in a sling and a cast. This is not always depicted so in other artworks however, as sometimes her hair clips are pandas or bunnies and sometimes she has no sling.

Not much is known about her personality, but she seems to have suicidal thoughts.

She may have lost her father in some way, as shown through some conversations.

She appears in several logs, as well as in the mini comics "Dying Tomorrow."

Toru torments Tsubaki a lot, she's also been shown to beat her up.

It is unknown what relationship do they have. Toru once told her in one picture: "You shouldn’t get a boyfriend just to make up for your dad." 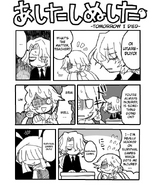 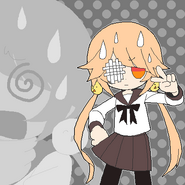 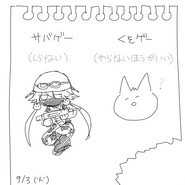 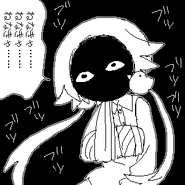 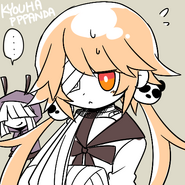 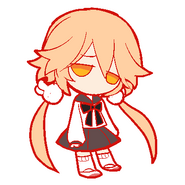 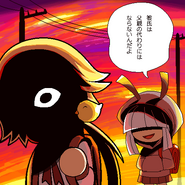 A boyfriend will never be a replacement for a father 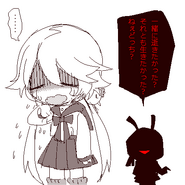 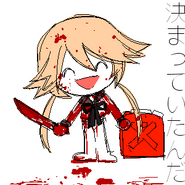 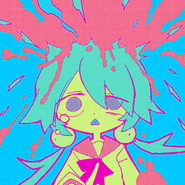 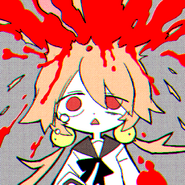 Retrieved from "https://okegom.fandom.com/wiki/Tsubaki_Utareduyoi?oldid=53182"
Community content is available under CC-BY-SA unless otherwise noted.