Shirozaburou Yukiwara (雪原 白三郎), also known as Little Egret-senpai, is a character that has yet to formally debut in Deep-Sea Prisoner's creations. They seem to know Keika.

Yukiwara has white feathers and a brown break, in the recent update they appear beside Keika in their formal form. The artwork is done in black and white; therefore a proper description cannot be given at this time.

Up to this day, Yukiwara has only appeared in some of Deep-Sea Prisoner's illustrations and on a calendar.

They have appeared in artworks together, as of the 2017 10 21 update, DSP shows that the two are in a romantic relationship. 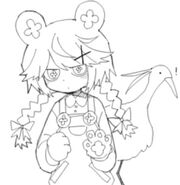 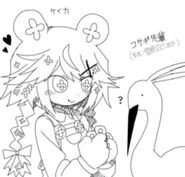 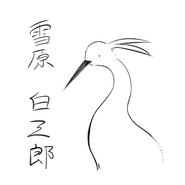 Retrieved from "https://okegom.fandom.com/wiki/Shirozaburou_Yukiwara?oldid=52747"
Community content is available under CC-BY-SA unless otherwise noted.