Reley Lo (リリィ・ロー) is a character that has yet to appear. She is a mermaid and Irena's little sister who went to go explore the world.

Not much is known about her past other than her living in the Blue Sea Kingdom. Her current whereabouts are unknown; however, it can be inferred that she is currently residing in another kingdom based on the letters she sends to her sister, Irena. 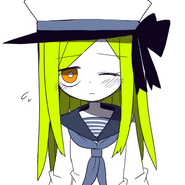 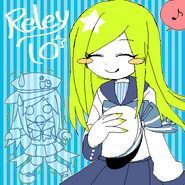 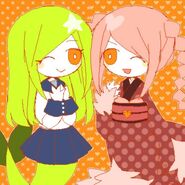 There are currently no known quotes from Reley Lo.

Retrieved from "https://okegom.fandom.com/wiki/Reley_Lo?oldid=59823"
Community content is available under CC-BY-SA unless otherwise noted.