Ptomain (プトマイン) is a character that has yet to appear in anything. She is a witch possibly associated with sickness. Currently missing from Deep-Sea Prisoner's character page.

She wears a bi-pointed witch hat, with a stylized skull insignia pinned to its brim, grayish purple on the outside and purple in the inside. She wears light gray hospital pajamas with white polka dots, paired with hospital slippers which is the same colour as her witch hat. A purple IV appears to be inserted into the left wrist, the IV hung from a IV rack with feet at the bottom. 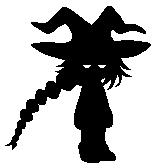 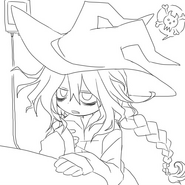 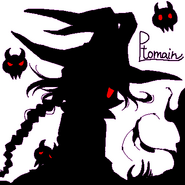 There are no known quotes from Ptomain.

Retrieved from "https://okegom.fandom.com/wiki/Ptomain?oldid=59040"
Community content is available under CC-BY-SA unless otherwise noted.