Minero (ミネロ) is a humanoid flapjack octopus and a supporting character in Wadanohara and the Great Blue Sea. She and her friends are residents of Deep Sea Town.

Minero has rusty orange hair while the insides are pink, with ear like sections sprouting from each side of her head and dark eye shapes beneath the ear sections. The edges of her hair flip outwards, but the front sections are straight. Her eyes are also a rust color with white pupils.

She wears a brown dress with long sleeves ending in white cuffs. The skirt of the dress splits, revealing an orange, striped underskirt. The edges of the dress are a scalloped pattern, accented with lighter brown spots. Minero's scarf is rusty brown and also ends in the same scalloped shape as her dress, with orange circles. She wears brown stockings with a light plaid pattern and brown boots, each boot having six orange buttons on the front and a fin on the outer side, accented with four white spots.

Minero loves treasure hunting and snacks. She always seems to be carefree and is a bit of an airhead.

Creamil is Minero's friend, being part of her friend group. They often argue with each other throughout the game.

Rimorimo is Minero's friend, being part of her friend group.

Tomoshibi is Minero's friend, being part of her friend group.

Minero's dialogue portrait in Wadanohara and the Great Blue Sea. 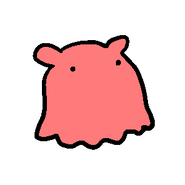 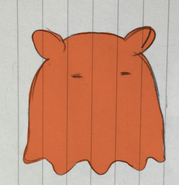 Retrieved from "https://okegom.fandom.com/wiki/Minero?oldid=53827"
Community content is available under CC-BY-SA unless otherwise noted.