Luropoda (ルロポダ) is a character that has yet to appear in anything, she is a panda girl.

Luropoda has messy shoulder-length white hair, black panda ears, tired gray eyes with dark circles, and a tired expression. She wears a gray cheongsam with dark gray accents and two small white ribbons. She has large black gloves with her claws piercing through her left glove.

Luropoda in most of her awkward is often portrayed as violent but distant. There is little to no information on their character aside from appearances.

Up to this day, Luropoda has only appeared in some of Deep-Sea Prisoner's Illustrations. 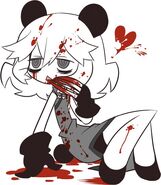 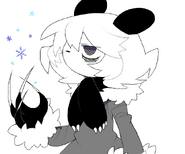 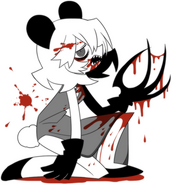 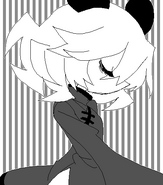 Retrieved from "https://okegom.fandom.com/wiki/Luropoda?oldid=50705"
Community content is available under CC-BY-SA unless otherwise noted.