Herlurga (ヘルルーガ) is a character that has yet to appear in anything. They are a vampire.

Herlurga has messy black hair with flat ends and a red undertone. They wear a black dress which is teal underneath with a red ribbon that has a teal stripe and a dress-shirt with a teal ribbon tied around their neck. They also wear black pants, black boots, and white gloves.

Not much is known about them, but they appear to be very cheerful.

Up to this day, Herluga has only appeared in some of Deep-Sea Prisoner's illustrations.

Hersilia is Herlurga's sister. They seem to be close with each other.

Iduberga is Herlurga's cousin. Seen in Deep Sea Prisoner's artwork, both of them seem to be very close. 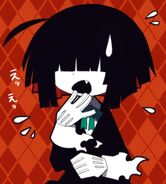 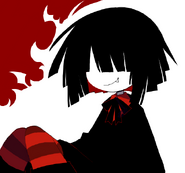 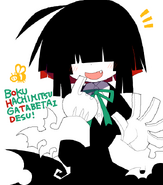 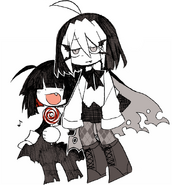 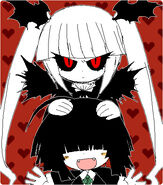 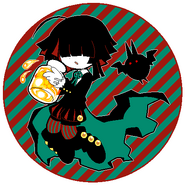 Retrieved from "https://okegom.fandom.com/wiki/Herlurga?oldid=57993"
Community content is available under CC-BY-SA unless otherwise noted.