Glasses (グラッセス) is a supporting character from Obsolete Dream. He is Satanick and Lil's son, and Kiku's boyfriend. He works as Sullivan's subordinate.

Glasses has an appearance reminiscent of his father, Satanick, with similar looking black hair, raceless white skin and black nails. His horns are a similar shape as his mother's horns. He is seen wearing a black suit and a red tie accompanied with black glasses. He has a black pointed tail, similar to most other demons. He is often seen smoking a cigarette.

As a child, he wore a white dress shirt with a gray-purple vest and a black neck ribbon. He wore poofy black shorts and white socks, as well as black boots with indigo soles. As a child, he didn't wear his signature black glasses.

He hates his father and never seems to get along with him. He has a gentler side for others, as seen when dealing with his girlfriend Kiku.

Satanick is Glasses' father. Hates him, going as far as to have the trademark line, "Go fucking die dad."

They're both half-brothers. As seen in a tegaki by Deep Sea Prisoner, Licorice seems to like him.

Sullivan is Glasses' boss. They both work for Yagi.

Kiku is Glasses' girlfriend. They have a good relationship.

It is unknown what relationship they have. Jork seems to be scared of him.

It is unknown what relationship they have. It seems that Tsumuri likes to annoy Glasses with the fact that he blushes for just taking the hands of his girlfriend Kiku, and mocks that he has never kissed her.

They seen to bond over their troubled relationships with their fathers. 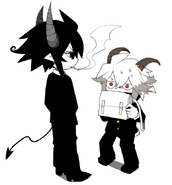 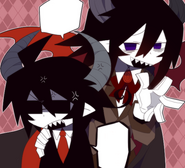 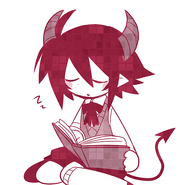 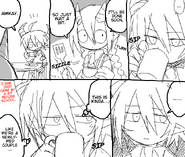 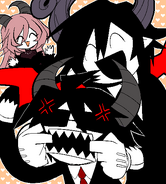 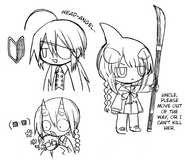 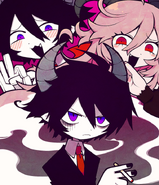 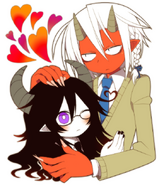 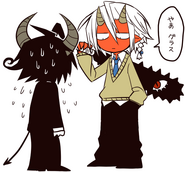 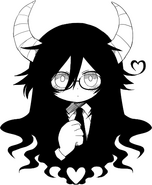 Big brother
Add a photo to this gallery

Retrieved from "https://okegom.fandom.com/wiki/Glasses?oldid=52728"
Community content is available under CC-BY-SA unless otherwise noted.