Fungas Crocodile (ファンガス・クロコダイル) is a character that has yet to appear in anything. He is a crocodile and one of Chlomaki's familiars.

Fungas has messy gray hair, pure white skin, yellow irises with black sclera, a crocodile tail, and large hands with webbing and claws. He wears an outfit that all of Chlomaki's familiars wear, which consists of a long-sleeve gray coat with eight golden buttons with black cuffs, gray breeches with four buttons on each side, knee-high laced boots, and a large cape with scales and a large crocodile head over his head.

Up to this day, Fungas has only appeared in some of Deep-Sea Prisoner's Illustrations.

Chlomaki is Fungas' master. It is confirmed that the two have a relationship, as seen in some illustrations in Deep-Sea Prisoner's Sunahama log.

Silone is one of Fungas' fellow familiars to Chlomaki. 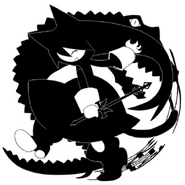 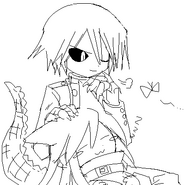 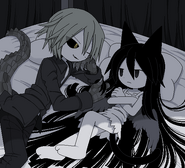 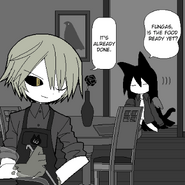 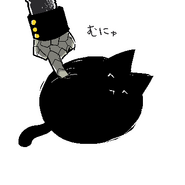 Retrieved from "https://okegom.fandom.com/wiki/Fungas_Crocodile?oldid=52450"
Community content is available under CC-BY-SA unless otherwise noted.