Devil Girl Ivlin is an original April Fools creation by Deep-Sea Prisoner, released on April 1st, 2017. While Devil Girl Ivlin has been given a story page, it has no media in the form of player-interaction save for the story page itself. The story appears to take place in a reality alternate to the common Deep-Sea Prisoner multiverse, and features the genderbent iterations of Ivlis and Satanick.

While Deep-Sea Prisoner has given no age rating for Devil Girl Ivlin, it is to be noted that it contains risque content and explicit content, which may be rated as 18+ in some countries. Viewer discretion is advised.

The series stars Ivlin, an iteration of Ivlis who has been transformed into a girl by Sataneko-chan, as the protagonist. The story revolves around Ivlin and her misfortunate encounters with Evil Devil S.T.N., the enigmatic Salty Licorice Mask, and the mysterious Devil Girl Satanica-chan.[1] 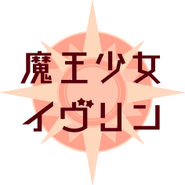 The logo of Devil Girl Ivlin

The cover of Devil Girl Ivlin 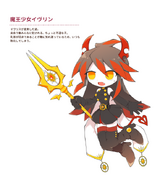 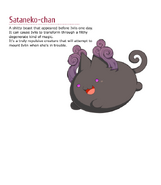 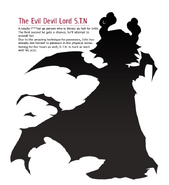 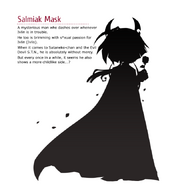 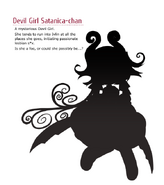 Devil Girl Satanica's Portrait
Add a photo to this gallery

Retrieved from "https://okegom.fandom.com/wiki/Devil_Girl_Ivlin?oldid=52594"
Community content is available under CC-BY-SA unless otherwise noted.