Artamos (アルタモス) is a character from Wadanohara and the Great Blue Sea. He is the ruler of the Totsusa Kingdom and the father of Totsusahime.

Artamos is a silver mechanic rabbit head with red "eyes." Below his left eye, he has red circles. Holes speckle the snout of his head, the holes functioning as speakers for verbal communication. His eyes are typically orange when he is calm.

Artamos appears to be rather calm and friendly. He is, however, extremely protective of his daughter and will become enraged if she is injured or upset. He also might have been more strict/cruel in the past.

Artamos came into the world when he was created by Satanick as one of the three divine beasts, along with Aounabara and Kigisu, to rule over the kingdom of land in the Pitch Black World.

Artamos was said to be turned into a robot by a witch, who is implied to be Tetsuzora. Prior to being mechanized, he used to be a lady-killer and "literally the size of a mountain," although his size was more than likely exaggerated, as he is seen next to Satanick in Deep-Sea Prisoner's comics and is not much larger than him.

He has also had a minor appearance in a Deep-Sea Prisoner's comic featuring Satanick. He was brought there by force from Envi to comfort him while he recovered.

Totsusahime is Artamos' daughter. They seem to get along relatively well.

They are Artamos' brothers and are called the three divine beasts. Not much else has been revealed about their relationship.

They are Artamos' nieces. Not much else has been revealed about their relationship.

Artamos generally seems somewhat annoyed with Satanick. They make an appearance together in a few of Deep-Sea Prisoner's artworks. In the Rainbow comic, for example, Envi is shown to bring Artamos over to Satanick to help cheer him up while he was ill. Artamos seemed concerned about Satanick being sick, only to become annoyed at being put into such an uncomfortable position. In the Wadanohara Reboot Bonus Scene, it was revealed that Satanick had created Artamos as one of the three divine beasts to rule over the earth, along with Aounabara to rule over the sea and Kigisu to rule over the sky. Satanick will sometimes visit Artamos's world. Artamos finds Satanick to be annoying. [1]

4545 often likes to josh Artamos. It is possible that Artamos does not like him very much.

Wadanohara and The Great Blue Sea

Artamos in his humanoid form with Satanick and some bunnies. 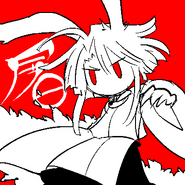 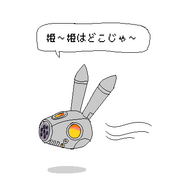 Princess~ where is the princess~

Artamos: "WHAT ARE YOU SAYING!" *grandpa voice* 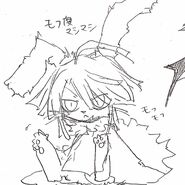 Retrieved from "https://okegom.fandom.com/wiki/Artamos?oldid=69111"
Community content is available under CC-BY-SA unless otherwise noted.